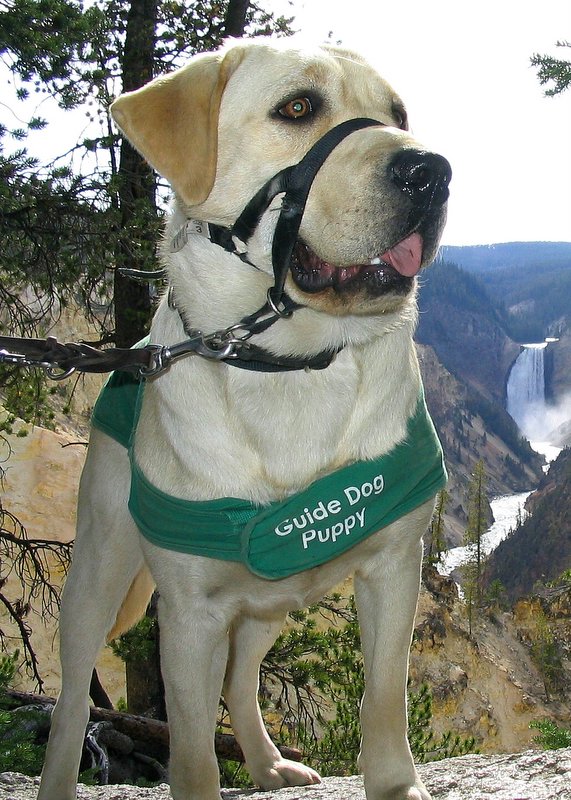 Brent's life was destined to be a special one. He was born a Guide Dogs for the Blind puppy and at 8 weeks he was placed with a family who would raise him to be trained for guide work, but it didn't start well. He quickly made his way back to Guide Dogs and by the time he reached us at almost 4 months old, he had quite a reputation, and it wasn't good. Brent had a wild streak and wasn't particularity fond of people, unless it was to use you as a chew toy. But being the first puppy we would raise, we didn't know any better. We took 'Bad Dog Brent' home and started our new journey together.

When you agree to raise a dog for Guide Dogs for the Blind, you agree to adhere to a strict set of rules and behaviors that you are to encourage in the pup. Your goal is to send your puppy back after 18 months well socialized and behaved so the trainers can focus on teaching the skills needed to be a guide. Calm was not a word that Brent understood at his young age, but long walks in the morning before Brent went to the office helped to expend some of his energy and a tired dog is a good dog.

Fortunately Brent soon came around, not because of any great dog handling ability, but just because we clicked. We had an understanding and he felt like he could be his true self. He began to enjoy interaction with the people he would meet on his daily outings. As time went on Brent continued to mature and show the confidence of a well socialized Guide Dog in training.

It was a sad and difficult day when we took Brent to meet the Puppy Van that would take him to Boring, Oregon to continue his training. We waited for news each week as he would progress through the steps to becoming a working guide. Exciting news soon came; Brent was chosen to be a breeder. This would be a life many would dream of, living with a host family in California, on call for whenever he was needed. I'm sure Brent was excited at the prospect. 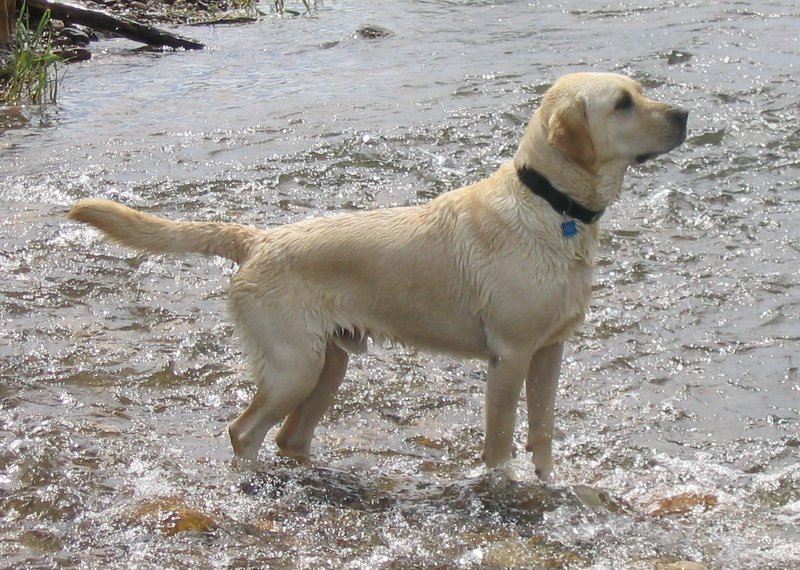 However, Brent's life as a breeder was short lived. He had a small issue that prevented him from continuing as a breeder but fortunately this didn't affect any other part of his life, so he was neutered and returned back to Oregon to pick up his guide training where he left off.

Training progressed quickly for Brent, but as it came time to be placed with the person he would guide, he developed a gum irritation. Though they went to great lengths to clear up his irritated gums, they felt that the need for twice daily brushings would preclude him from being a guide. If for some reason a dog does not make it through the program and has been “career changed”, the puppy raiser gets first choice on whether they want that dog back as their pet. So I received a call and without hesitation, I quickly made the 12 hour car trip to pick him up.

Brent recognized me as soon as I called his name and he proceeded to lick me to death. We returned home and he immediately remembered where he was. In fact he went to his food container first. Brent was home.

Brent has adjusted well to his life as a pet; he enjoys sleeping on the bed, something Guide Dog Puppies are forbidden from doing. He picked up right where he left off, going to work each day and was a big help in raising his little Guide Dog Puppy brother Sanford. 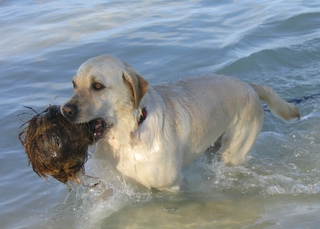 Today Brent lives in Hawaii and enjoys playing at the park with his many dog friends or endless hours of saving coconuts from drowning at the beach.

You can read about Brent's Trip to Hawaii here.

Map of all airports that have reported an air travel, pet related incident.

PetFlight DOES NOT ship pets. Did you receive an email claiming to be from PetFlight?